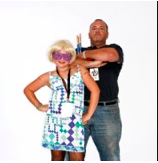 In his youth, Hugo Burnham (born 1956) was the drummer for the politically radical band Gang of Four. But that was a long time ago. After being fired from the band, he played drums for a variety of groups, but failed to form a lasting attachment with any of them. (Note well that Gang of Four continues to exist and make excellent, politically-conscious music.) Then he tried his hand as a manager, but seems to have failed at that, too. Eventually he retired from the music business, and went back to school to earn a Master’s degree in Education. These days, he is a molder of student minds at the New England Institute of Art, where he is an Associate Professor. No longer a radical (his Twitter feed describes him as a “pragmatic socialist”), he is pro-Obama liberal Democrat.

On 2 November 2012, that is to say, four days before the presidential election, we posted the following message to our Facebook page.

I am quite convinced that the only reason “liberals” support Obama (despite his heinous policies concerning drones, NDAA, kill-lists, Guantanamo, refusal to prosecute CIA torturers and murderers, etc etc etc) is that such support flatters their illusions about themselves, ie, that they are liberals and not relatively privileged cogs, but cogs nonetheless, in an increasing fascistic machine.

Without the spectacle of Obama to support that illusion, “liberals” would have to confront truths about themselves they would prefer to ignore – because they feel powerless to do anything.

Before going any further, let us make clear that we are not “fans” of Facebook (FB), which we consider to be a deplorable spectacle. We only maintain an account on it because so many of our friends do. To “express” our conflicts, our FB account is an illegal one: it is maintained, not in our real name, but under a pseudonym. As the Situationist International would say, we are both “in and against decomposition.”

Of course, our posting concerning the support of “liberals” for Obama elicited positive reactions from our friends, our real friends, who, like ourselves are either anarchists or situationists. Our posting also elicited objections from people with whom we are merely acquainted. One “liberal” acquaintance claimed that he was personally “insulted” by it, and went on to rant about how it is important to re-elect Obama because of the dangers of having someone like Mitt Romney nominate candidates for the Supreme Court. As if we might be able to trust Obama to appoint Supreme Court justices who would vote to strike down Obama's own NDAA as unconstitutional! We de-friended this fool immediately, and announced that we had done so. We also asked, on that same thread, “Anyone else keen to be de-friended? Or [keen] to de-friend me?”

Hugo Burnham – who maintains a FB account in his own name (he is in and for decomposition) – was also insulted or offended by our posting about Obama. But rather than simply “de-friend” us, which would have been the honorable thing to do, or rather than remain “friends” and state why he disagreed with our critique, he chose to insult both us and our friends. He wrote, “Not sure I’m enticed by this circle jerk.”

Think about that for a moment: though he was sure that our discussion was “a circle jerk,” he wasn’t sure whether he was “enticed” by it. Was this inability to make up his mind fully an indication of his conflicts about voting for Obama, especially in the light of “his heinous policies concerning drones, NDAA, kill-lists, Guantanamo, refusal to prosecute CIA torturers and murderers, etc etc etc”? Or was his inability to make up his mind an expression of his conflicts about his own sexuality? Hmmmm, a group of men engaging in a circle jerk. I’m not sure if I’m enticed by this, or repulsed. No matter. He, too, was immediately de-friended.

And that’s where the matter should have ended, at least as far as Hugo Burnham was concerned. He got himself “de-friended,” which appears to be what he wanted to happen. But for some reason, Burnham could not restrain himself from sending us a personal message via FB: “Weak . . . very weak.” This “weakness” was, presumably, our personal intolerance for being insulted by people who are pro-Obama, which we consider to be a form of strength. Our response was simple and straightforward: “Bye bye.”

Once again, that’s where the matter should have ended. But it didn’t. Once again apparently unable to restrain himself, Hugo Burnham wrote to us again: “When a person has confidence in what they [sic] say . . . they [sic] can withstand dissent. Disappointed in your not being able to do so.” (Note that we have indicated this man’s inability – he’s a English, remember – to write a sentence without having a “disagreement” between singular and plural.) Our response was, once again, simple and direct: “If you think insults such as ‘circle jerk’ are dissent, you are sorely mistaken.”

Here this ex parte “conversation” took a turn. Instead of recognizing that “circle jerk” is indeed an insult, and that “dissent” must have some content (“I disagree with your circle jerk because . . .” or “I was insulted by your circle jerk because . . .”), Hugo Burnham, ex-radical and now supporter of President Obama, continued to insult us. “ha ha! Thin skin there, Son . . . . (And yet your second (?) post asked who wanted ‘un-friending’.) Disagreeing with your Amen Chorus in any manner is clearly rather too much for you. Like I said, disappointing.”

There are quite a few grammatical mistakes in this rant: “Son” should not have been capitalized, unless, of course, we are literally Hugo Burnhan’s son; the phrase we used, the phrase recognized in common parlance, is “de-friended,” not “un-friended”; and “Like I said” should have been “As I said.” But the most important mistakes concern this rant’s content: calling a discussion among like-minded people a “circle jerk” is not a form of “disagreeing” and, in fact, it is not so “in any manner”: it is an insult, and a possibly homophobic one. And, if Burnham is capable of recognizing that we would “de-friend” people who were insulted or offended by our theory concerning Obama supporters – it went from being a hypothesis to a theory when it was confirmed by the self-righteous offense that it caused among these self same Obama supporters – and that we would welcome being “de-friended” by people who took offense (good riddance), then he had no business complaining that he had been “un-friended”!

Here we begin to get a clear sense of who Hugo Burnham is: a patriarch, a member of the patriarchy of power, someone who refers to people just 3 years his junior as “Son” and repeatedly expresses his “disappointment,” as if we would actually give a damn whether he is “disappointed” in us or not. Our last message to this condescending patriarch was a plain and simple warning: “Write one more insult to me and I will complain to Facebook, claiming harassment.”

But Hugo Burnham, ex-radical and now supporter of President Obama, did not heed this warning. He ignored it and continued his attack. “Only a weakling crows to his circle jerk buddies whilst keeping dissent/disagreement hidden. Not impressed.” Note well the theme that emerges: “Weak . . . very weak” and “weakling.” People who either have children of their own or teach children will easily recognize this type of person: he’s a bully. Like Nelson Muntz in The Simpsons (“ha ha!”), he fancies himself to be “strong” and preys upon the perceived “weakness” of others, when, in fact, he is the “weakling” or, rather, he perceives himself to be a “weakling” and has an obsessive compulsion to distract “negative” attention from himself and place it squarely on others. True to our word, we reported his harassment of us to FB, which took the immediate step of blocking any further emails, and will surely take other steps to dissuade this bully, this testosterone-addled patriarch, from harassing other members of the FB “community.”

Two reflections before we bring this little exposé to a close. First, anyone – or at least, any associate professor – who engages in harassment after being warned that he is committing harassment has tenure, and believes himself able to act with complete impunity.[1] This makes him dangerous: possibly dangerous to the students under his professional care. Let those students be warned. Second, those who have expressed their disgust with Obama’s “heinous policies concerning drones, NDAA, kill-lists, Guantanamo, refusal to prosecute CIA torturers and murderers, etc etc etc” and have either refused to vote for any candidate or who have voted for a third-party candidate can expect that – if Obama is not re-elected – they (and not Obama himself) will blamed for that loss. And that blame will no doubt be expressed in “offended,” bullying, and patriarchal terms.

[1] Correction added 4 November 2012: Professor Burnham doesn't have tenure; he simply acts like he does.