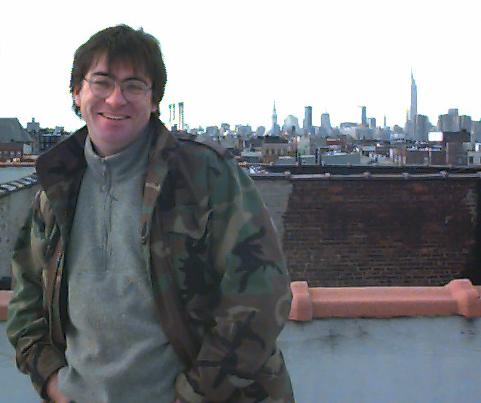 [The following message was sent on 14 October 1998 to Bill Not Bored, after he'd discovered that -- simply because he had been critical of the Brooklyn Cacophony Society (BCS) -- he'd been removed without notification from the group's listserv, after he'd re-subscribed himself to the listserv, and after he had, of course, used it to report and complain about the manner in which his criticisms were being suppressed. Both the tone and the content of this message from cacophonist William Abernathy indicate clearly that the Brooklyn Cacophonists are to be avoided by anyone who is truly interested in effectively contesting capitalism and enriching their daily lives. Without free expression, there can be no freedom.]

I sent the following message out to the Cacophony list after removing your name from it. I apologize for the discourtesy of having not immediately sent the same email to you. While I am certain you will find cause to disagree with the stated reasons for your removal, you remain, nonetheless, persona non grata on our list, and I am not interested in debating the issue with you. If you return, I will kick you off again. If you persist, I will take this matter up with your ISP.

My reasons are as follows:

One: I have seen his kind before, and I have seen them ruin lists. At the fundamental level, they seek to "engage" people in "dialogues" which are perpetuated my [sic!] their own personal pathology--Prove to me that I am the raging asshole that you know me to be.

Two: I don't have the time to wade through the morass of Mr. Yuppie Go Home's tortured maunderings [sic]. I know how much fun a good flame-fest is, but clearly this state-smasher has nothing but time on his hands (Trust fund, or public assistance? You Make The Call!)

Three: Today alone, I have received two "unsubscribe" messages from people I very much wanted on this list. Maintaining Mr. YGH has compromised the utility of this list as a Cacophony organizing tool. I have no doubt that further exposure to Mr. Ideological Halitosis will result in further attrition from a good list we've all worked hard to create.

Four: Brooklyn Cacophony is not an "anarchist" list or organization, nor will they ever be. What's Cacophony? Don't ask me. If you must define it, you clearly don't get it. Lest there be any confusion on this point, allow me to make it loud and clear: on this list, I am the list administrator. I have the power to kick any of you off of it just because I have a bug up my ass. If I feel like it, I can be as cruel and arbitrary as I wanna be. If that makes me a "fascist," then call me Benito. That and a buck-forty will score you a Grande of the Day at the new Starbucks.